Coins as Portraits is a grindcore band from Brasov, Romania. They have been developing their sound since late 2006, with their first proper recording “Form and Structure, Storm and Fracture” released in 2011 by Fading Halo Records and Asiluum. 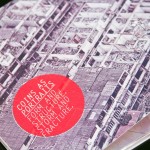 What others have to say:

“Discordant as all hell, but thankfully has a smooth production to take some of that edge off. The vocal and riffing styles are what you would expect from Progressive Grind, but it’s the drumming that stands out the most here.”
-bargainbinbottomfeeders.blogspot.com

“A frenzy of instrumentals flying around everywhere, combined with some deep throaty growls and high pitched screaming. The idea of song structures goes completely out the window and everything is executed perfectly.”
-culturexshok.blogspot.com

“String bending tech grind with back and forth growls and shrieks, asymmetrical and atonal riffs melded in caustic fashion with free jazz and bespectacled, psychotic experimentalism is the order of the day.”
-metalunderground.com

“Create their own ambitious brand of grindcore which blazes with unrestrained expression. Coins as Portraits’ debut album, ‘Form and Structure. Storm and Fracture.’, while bilious and complex, is fresh and physically engaging.”
-beardrock.com

“The uneasy, disjointed jazzy grind that Coins As Portraits plays reminds me a bit of those tech hardcore bands that were all the rage in the early 2000′s, bands like Ion Dissonance and the like, but without the necessary bro-ness and floor punching sections (thankfully).”
-perpetualstrifemusic.blogspot.com