I Stared Into the Forest is a hardcore band from Brasov, Romania. Their sound is a mix of different hardcore styles, with emphasis on “real screamo” and metallic “math” hardcore and even hints of death metal.

The band is built on DIY ethics, a love of freedom and a strong stance against discrimination. I Stared Into the Forest’s first recording, entitled “Society Discontinued”, was released in 2011 on Fading Halo Records. The band went on a mini tour through central/eastern Europe with Coins as Portraits and El Cabraret.

On 12th December 2012, ISITF released their second EP “Unframed Pictures of Our Epilogue” in the digital format. It will be available on vinyl through both Fading Halo Records and Ulterior Tapes in spring 2013.

While merchandise is available at shows and at various distros, the band also provides its music as free downloads. 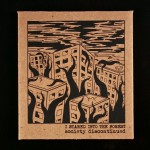 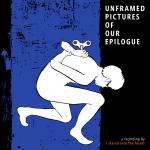 What others have to say:

“To my ears this feels like kind of a weird fusion of ‘screamo’ and grindcore. The vocals are gnarly, strained snarls (with a few distant spoken passages buried in the background from time to time) while musically they’re dealing with a lot of dissonance and peculiar arrangements. Expect dense, churning chord progressions loaded with atypical note choices and noisy, angular textures; tremolo picking with quick bursts of blasting percussion; and – perhaps most importantly – some unexpected dashes of somber melody that add an entirely different dimension to the mix.”
-aversionline.com

“Their record is one of those that keep getting interesting every listening, it blasts a raw blend of different styles of hardcore, metal and trashy riffs, along uptempo melodies and grindcore breakdowns. Fifteen minutes of experimental and frantic songwriting with perfect fitting screaming voice.”
-wefuckinglastlonger.blogspot.com

“There is a lot of passion in the music and this comes out through the constant push of vocals throughout each song. You can feel the emotion portrayed through the lyrics that come straight from the heart. Alongside this, the music has been carefully written and I Stared into the Forest hold this style down well.”
-culturexshok.blogspot.com

“I Stared Into The Forest , who incorporate elements of death metal, grind and sludge into their cacophony of noise, to varying results. It’s breakdown heavy stuff, but with some interesting passages of melodic guitar that incorporate an almost post metal feel , albeit filtered through a hardcore prism. There is reminders of bands like Converge and Shai Hulud in the sense of manic, depressive energy that permeates throughout.”
-bornagainnihilist1.blogspot.com