We started this band in the end of 2011. We played together in some deathcore band but we weren’t satisfied with the effort of other members and that sound of music. So we decided to make our own sound which is chaotic, hardcore and full of melodies. Many rehearsals from that time helped us to grow as a band and our drummer to work on his technique. After 6 months of hard work we decided to go on a tour with our good friends Expectations because from the start of this band we wanted to tour, to share our music with different people in different places. Two weeks of touring in 2012 gave us opportunity to make some good friends. After the tour in 2013 we released our new material and with that stuff we started to play on Balkans to share the music which is not that popular in that area. After so many shows we met so many people who became our good friends who helped us to release our material on vinyl in 2014 which is very important to us. 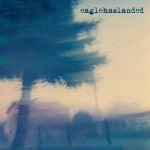